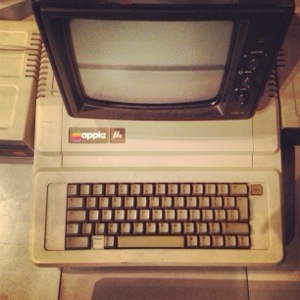 It’s true. I don’t build or fix things with my hands like my grandfather did. I don’t design buildings that then come to life months later like my father. I guess I can pass off the CSS and HTML coding I know as “something,” but my use of that has all but diminished.

It’s actually something I’ve been thinking a lot about lately. A while back, during a leadership team retreat for Spring Creek – back in the days when things were good for the Seattle team. I answered a question about something I wanted to do at some point in my life by saying I wanted to learn a trade. Something that meant I went and did my job and there was something that appeared because of that.

Yeah, companies report sales of products (that someone – or something more likely these days) made based in actions my team makes. That’s a given. I create ideas that turn into campaigns and programs for some of the largest brands in the world, but everyone has ideas… even the weird guy you see on the street has a great idea once in a while.

My current boss said it best the other day “We don’t change the world. We’re not making things.” It’s true, really… but I don’t think it has to be.

We live in a time where “things” are truly starting to become less physical and more digital. The fact that we carry around a phone filled with apps that take the place if a number of physical things from the past is evidence of that.

But, we’re also living in a time where people’s perception of those digital things and their connections to them is blurry at best. People who use social media aren’t necessarily techy or leading edge. They just are.

Someone who created Google Glass is the innovator, not the person that swiped their credit card to get one. But, if that person then takes that platform and builds a life-altering or enhancing app experience on top of it – then they’ve some something.

At the end of the day, coding and creating are the “building something” of my generation – to leave behind a string of 0s and 1s that creates a better experience or entertainment for someone is our goal and likely our legacy. And it’s one I’m taking on…

When all is said and done, no one will know the number of ad impressions I served at what CPM or the ROI created from instituting agile marketing practices across businesses… They’ll ask two things: 1) Was Ron a good person? 2) What did he leave for us?