Who is Ron Schott? 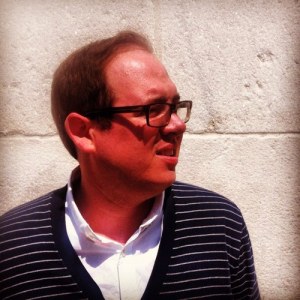 I’m addicted. Seriously… and I bet you are too, otherwise you probably wouldn’t even be reading this.

Ever since I can remember I’ve had this love affair with all things digital. It started out as a kid when all I could think about was getting that NES system. Once I had it in my hands I needed the next thing and the next thing until I finally reached the age of 26 and realized that I had a problem… no, I didn’t stop, but now I write about it.

Ron is a Senior Communications Manager at Microsoft where he works on advertising campaigns as part of the Brand Advertising + Research team in Redmond, WA.

Prior to joining Microsoft, he was Director of Professional Services at Simply Measured, a marketing analytics and reporting company based in Seattle. The venture-backed company of 100+ employees provides exactly what their name says – simple analytics and reporting for the digital web, with an emphasis on social media.
Prior to returning to Seattle, he was Head of Spring Creek Group UK – the London office of global social media agency Spring Creek Group, part of IPG Mediabrands.

He has handled marketing and PR efforts for industry-leading software, hardware, and mobile companies including Intel, Microsoft, and HTC.

Ron holds a Bachelor of Arts degree in communication with an emphasis in public relations from the Edward R. Murrow College of Communication and a minor in political science from Washington State University.

Ron was part of a team that was awarded the 2007 Interactive Media Award for computer software, been awarded the JEA/NSPA honorable mention in sports writing, and covered the Intel Developer Forum as a blogger. Ron is also quickly earning a place on the list of plugged-in Northwest marketers with his insights on trends and practices in social media.

In 2011, Ron was selected to the board of Social Media Club Seattle, the premier group for all things social media in the Seattle area.

What is Jet City Digital?

Jet City Digital is the catch-all for my life as a digital citizen and the lives of my friends, colleagues and digital friends as we navigate life – digitally. It’s the things I see, do, and hear every day in my work (and play). It’s the things that make our lives easier and our wallets lighter.

This policy is valid from 19 March 2014This blog is a personal blog written and edited by me. For questions about this blog, please contact Ron Schott (Ron dot Schott at hotmail dot com).This blog does not accept any form of cash advertising, sponsorship, or paid topic insertions. However, we will and do accept and keep free products, services, travel, event tickets, and other forms of compensation from companies and organizations.

This blog abides by word of mouth marketing standards. We believe in honesty of relationship, opinion and identity. The compensation received may influence the advertising content, topics or posts made in this blog. That content, advertising space or post will be clearly identified as paid or sponsored content.

The owner(s) of this blog is not compensated to provide opinion on products, services, websites and various other topics. The views and opinions expressed on this blog are purely the blog owners. If we claim or appear to be experts on a certain topic or product or service area, we will only endorse products or services that we believe, based on our expertise, are worthy of such endorsement. Any product claim, statistic, quote or other representation about a product or service should be verified with the manufacturer or provider.

The owner(s) of this blog would like to disclose the following existing relationships. These are companies, organizations or individuals that may have a significant impact on the content of this blog. We are employed by or consult with: Simply Measured. We have a financial interest in the following that are relevant to our blogging: Microsoft Corp., Simply Measured, Zillow, Interpublic Group, Starbucks, Facebook, and Twitter.