I’ve spent a lot of time reading lately. One of the books that’s taken a bulk of my time is about a company from my own backyard – Amazon. In The Everything Store: Jeff Bezos and the Age of Amazon, you’re taken on a journey from Wall Street to South Lake Union. Naturally, as an attention-lacking internet junkie, I don’t just read. I read something, want to learn more, search, read that, come back, and repeat. In reading this book, there’s no shortage of additional information around Amazon, Bezos, and eCommerce… so my searches have been numerous: “Bezos net worth,” “Amazon stock price 2002,” “Amazon AND WalMart,” “Door desks.”

Chances are you’ve heard of the door desks that Bezos so famously outfitted Amazon with back in the day. Not really knowing much about them, though, I Google image searched for them. Turns out they’re just as exciting as you’d expect – doors made into desks. Does what it says on the tin. 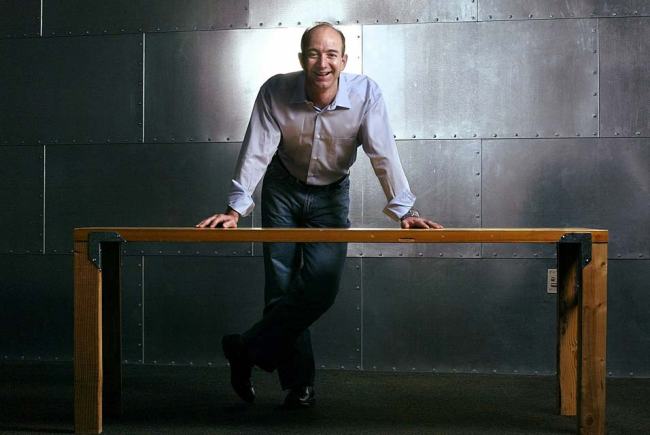 In my search travels, I happened across a blog series by Greg Linden about his early days at Amazon, way back in 1997. You may not know Greg Linden, but you should… he’s the guy who is mostly responsible for the things Amazon recommends to you when you’re browsing the site. The series, written on his Blogger blog in 2006, is a quick, but interesting look at life for an early Amazon employee. He’s incredibly straight forward and doesn’t sugar coat anything, which I liked after reading the sometimes-too-flowery Brad Stone book. Also worth noting, Linden’s projects since leaving both Amazon and Microsoft: he helped get Code Maven and Code Monster off the ground – two tutorial-based teaching programs that help teach teens and preteens how to code.

I’m not going to say this is an exhaustive look (though I liked it) at Amazon back in the day, but it definitely gives a first-hand look at the situation and the people behind one of the most-important companies of our time.